Proposal to ban alcohol on planes

but how would canadian influencers ever survive? 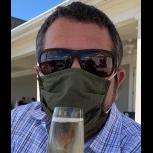 My gut feeling is to hate any kind of policy that says I can’t drink on a plane. However, if the safety of the flight attendants has become an issue than perhaps this does need to happen.  Anyone