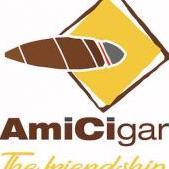 https://www.cigarjournal.com/el-habano-moderno/   Looking forward to see the latest "opera".    Congratulations to Alexander Groom to keep alive the project started  by Trevo

Hey everybody, just wanted to say a huge thanks to everybody who has ordered - the level of support has been fantastic. The Kickstarter pre-order will end tomorrow. Obviously we are well passed a

I can recommend Alex's book as much more that a printed copy of the website.  I have been privy to the development of this book and have seen several proofs of the whole book, and I have been ama