What was the last CC cigar that gave you a nicotine buzz?

For me it is largely dependent on my pattern of cigar consumption. If I am having several cigars per week, my tolerance is pretty high. However if I take a sabbatical and haven't had a cigar in a coup 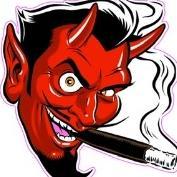 Had a similar experience as well. That particular cigar most definitely packs a punch, no pun intended. 😉

I was on the phone with a mate yesterday who was telling me of a Boli PC he purchased where the nicotine buzz was so intense, it made him sit down and reach for a glass of water as his head was swooni