What are you listening to?

By Danston,
January 24, 2013 in Cigars Discussion Forum "the water hole"

original copy of the first Dire Straits record. Sounds amazing on vinyl. Dug this out of my old man’s crate of records. Absolutely amazing. 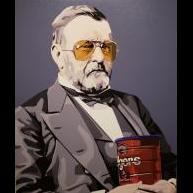