Some bad news this week. The Cuban government stated that they will not be fumigating for mosquitoes in the coming months and cited "fuel shortages" as to the reason why. Unscheduled power outages won

If you are staying at a casa, call them and ask them if there is anything in particular they need. Also you can't go wrong with basic necessities like toothpaste, toothbrushes, soap, shampoo, clothes 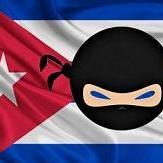 Here is a post from TA I did in response to a guy that had the same question. I talked to him after and the big key is to take a duffle or backpack so you can bypass the baggage wait and you will only