Looks like I need to start locking up my cigars... 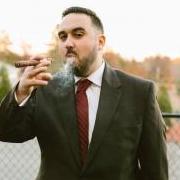