How unique are these? thoughts? 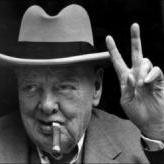 By jcorona,
December 27, 2018 in Cigars Discussion Forum "the water hole"