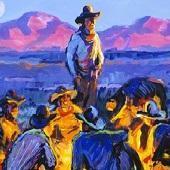 Here's some pretty rare bottles we drank last weekend at my house.  We had a few others, but these two are the fancy ones.  This may be the oldest Graham vintage port I have known anyone to have ever

Here's a port wall leading down to the cellar of some the best bottles consumed since we moved to our current home about 4 years ago: I only use one of each, so several we've had many times

both really good, especially the grahams. both will go longer than most of us will live. i'd suggest at 14 years, they will still be very young. 20-25 if you can. if you have enough then certainly try