The Cuban Allure.
A Newbie Viewpoint.

Chartered to do some marketing work for El Presidente (Rob, for those who don’t know) a year or so ago, my first port of call was to research FOH—what they did, who they were, etc. As never having been a cigar smoker (or smoker of any kind) I began by trying to understand the allure of the act itself. You see, I’ve never really trusted the whole connoisseur scene—in any realm: wine, food, art, and so on. I enjoy all those things, of course, but I never have the motivation to go beyond the poetry of the thing. The rhyme of experience. That’s always enough for me. I rarely go deeper; unless it’s literature; then, I can usually waffle on with the best of them. Otherwise, I’m more your connoisseur of the sausage and egg mcmuffin. I could write a review on all the variations of that tasty little bugger till I became demented by my own prolixity and was locked up for the preservation of the greater good. But for the so-called serious stuff, there always seemed to me to be a significant amount of pretence involved. A certain bullshit detector was always set off inside me.

Watching FOH.tv reviews turned all that on its head. Yes, folks. Believe it or not.

It actually shouldn’t be too hard to convince anyone who has taken on an FOH video review about its allure or validity as a cigar resource. Firstly, the setting: the back deck at Ken’s place (no offence, Ken) pretty much allays any idea that someone is trying to win you over via appearance. And the superficiality so often associated with pretence is noticeably devoid as you start essaying the rapport between two guys who simply portray an undeniable honesty toward getting to the heart of the cigar in hand—to unravel the angels and demons of its nature. No punches pulled!

In sum, the video reviews put the hook in me. Big time. I watched a whole bunch of them in a row. Instantly addicted. Ken and Rob’s banter alone was sufficient to provide enough intrigue. And, of course, it’s worth noting that the right combination of personalities can be very persuasive on screen, but what really gets you hooked is the cigar lingo and the realisation of the complexities involved in the cigar itself—flavours, construction, draw, ring gauge, wrapper sheen, and so on... Cigar smoking immediately appeals as a life experience one shouldn’t miss out on—like good red wine or genuine craft beer or whiling away the hours in a fine old pub in Ireland in front of a pint of Guinness (or twelve).

So I decided I was all in! I would take this experience on. It seemed every fibre of my being was willing it so. It’s a mistake to resist such things. (Usually. Watch out for heroin, sheep shagging, and women when applying that rule. Or any combination of the three.)

Thus, after a brief consultation with Rob to garner his advice as to a good place to start, the Partagas Maduro #1 was chosen as the initial ticket for me. This cigar was recently video reviewed and scored somewhere around the high 80’s from Ken and Rob, so it seemed a decent place to kick off for a complete newbie such as me. When I told Rob I liked a good beer, he suggested a nice stout would go well with it, something to complement the chocolate notes. My mind immediately went to Young’s Double Chocolate Stout as the perfect partner in crime. So I rustled up two of those, also rustled up a mate who smoked (and who was also interested in giving the Cubans a go), and we sat back on a quiet deck at his place in Ashgrove and settled in for a slow burn of an afternoon—literally!

What followed was utterly grand: good conversation, a good laugh, and—after the initial woozy, all-at-sea feelings from the first-up tobacco hits had subsided—the cigar experience quickly became something of a unique pleasure, something I felt I wanted to enjoy again and again. As the Partagas Maduro #1 burned down to its stub, the anxiety and disappointment of knowing the experience was coming to an end was the best pointer as to how much I truly was enjoying it. The smoky tastes on the tongue, the kinaesthetic appeal of the smoking process itself, the visual splendour of the accumulating ash, and my own burgeoning review notes forming in my head. Yes: an instant expert; a real wanker. Had I become what I formerly loathed? Let’s see:

(Photo attached is the 2nd round ticket, not the Partagas; solo effort while writing and sinking a bottle of red. Happy days.) 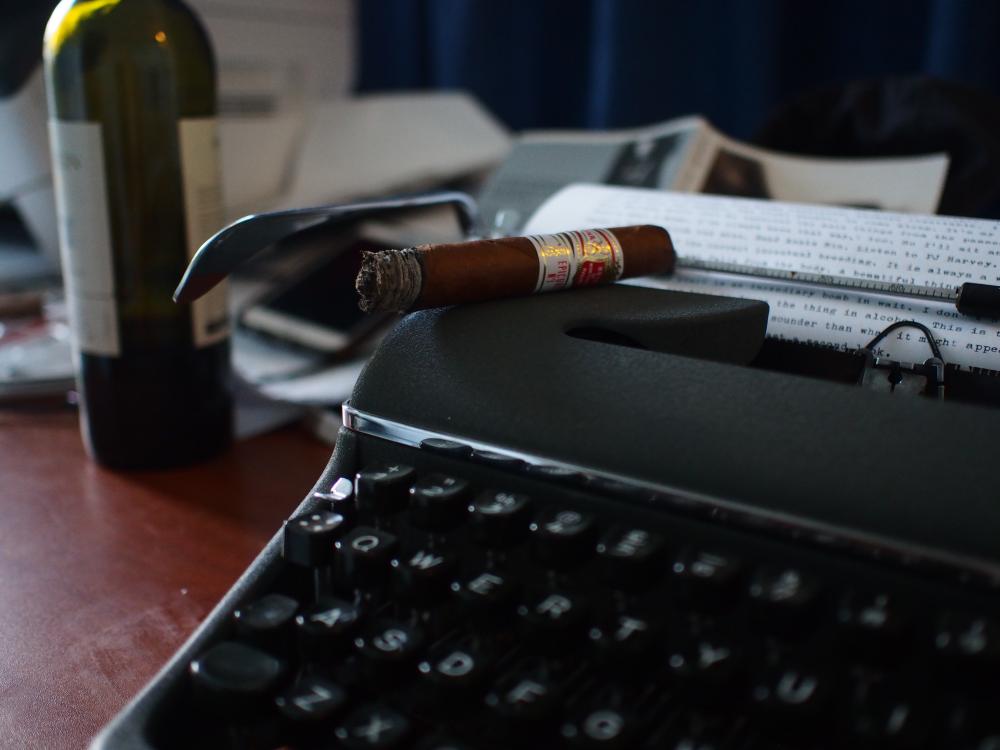 There are no comments to display.